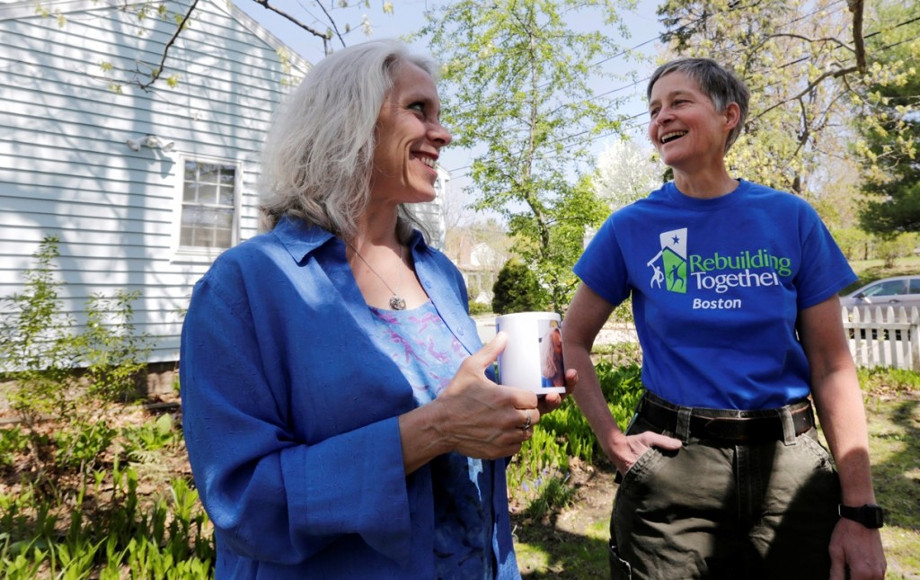 Indeed, though bi, questioning, and lesbian female respondents all reported higher scores for having ever thought about suicide, bi women reported the highest scores. Among male respondents, bi men trended slightly higher than heterosexual men for anxiety, but not nearly as drastically as among women.

Bi people have a unique experience of “prejudice and stigma from gay and lesbian communities in addition to heterosexual communities,” Annie Shearer, the study’s publication research assistant, said in a press release. That’s in part because “some people still refuse to acknowledge bisexual and other non-binary identities as legitimate, which I think can be very harmful to those who can’t — and shouldn’t have to — identify as exclusively heterosexual or homosexual.”

The study isn’t entirely surprising. Several previous studies have identified unique concerns faced by the bisexual community that cannot simply be attributed to homophobia. Likewise, bi people don’t always have access to the support they need to mitigate those concerns because medical schools don’t prepare doctors with the tools to care for their unique needs.

Faith Cheltenham, president of BiNet USA, told ThinkProgress that she has to decide daily whether it’s safe to come out to people about being bi. “When I choose not to disclose my bi identity to keep myself safe from discrimination, assault or harm, I have to balance that with my consistent need to be seen as myself and who I am,” she explained. “So this means I bring The Movement Advancement Project’s excellent report Understanding Issues Facing Bisexual Americans to my doctor’s appointments so my physician better understands my bi identity and how my health issues intersect it.”

Cheltenham likewise considers many factors before coming out. “It also means that sometimes I choose not to disclose, and I don’t hate myself or think of myself as less out, because frankly, no one else has to come out as frequently as bi people do! Sometimes I choose not to disclose to avoid sexual harassment or even assault. I have learned that it’s okay to stay safe and healthy, and live to say the word bisexual another day.”

Our very existence challenges their urge to sort things into simple, pretend binaries.

Nationally acclaimed educator Robyn Ochsbelieves there are two myths that continue to have damaging consquences for bi people like her: “All bisexuals are promiscuous” and “Bisexuality is just a phase.” When bisexual people are monogamous, she told ThinkProgress, their identities are simply erased because they are assumed to have the sexual orientation that seems to match their relationship — straight or gay. When they insist that they are still bi, they simultaneously experience both doubt that their identity exists and sex shaming for their presumed promiscuity.

“When we assert our identities, others become uncomfortable because our very existence challenges their urge to sort things into simple, pretend binaries. And it is extremely stressful to have the very fact of your existence subject to debate. I can attest to this,” she said.

“I am a woman who has identified as bisexual for almost 40 years, and I have been partnered with/married to the same woman for 19/12 years [respectively]. Truth be told, I find it much easier, when speaking with a new acquaintance, to mention my wife, my work with MassEquality, my general LGBTQ identity than to mention my bi identity or Bi Women Quarterly or the bi anthologies I have edited. I know from experience that I am much more likely to get an uncomfortable, eyes-averted, awkward response when discussing the latter.”

Both Cheltenham and Ochs have dated women who left them because they were sure they would leave them for men. And both Cheltenham and Ochs have had people refuse to take them seriously because of their identities. At an event at the Los Angeles LGBT Center a few years ago, a lesbian woman thought Cheltenham was joking when she identified herself as a “bisexual activist.” There’s an assumption that being bi is easier, when the lack of affirmation bi people receive for their authentic identities makes it just the opposite. Just this past week, Ochs found herself censoring her own identity when advocating at the Massachusetts State House for the transgender public accommodations bill because she experienced “that gut feeling that mentioning my bi activism would make that person take me less seriously.”

What is perhaps the biggest problem is a lack of support from the LGBT community itself. “The bottom line,” Ochs explained, “is that it causes me and many of my bi+ [orientations that don’t fit the gay-straight binary] friends a great deal of frustration that the one place we should feel welcome, safe and at home — isn’t. You show up in need of support and may find yourself perceived as a distruptor, a complicator of tidy narratives and messaging, and as a threat.”

Cheltenham similarly called on LGBT groups to provide services that aren’t only inclusive of bi people, but that specifically cater to their needs. “One example that recently came up is the LGBT Cancer Network’s support groups. They had one for lesbian and bi women and another for gay men and bi men; however, multiple bisexuals who sought support said they couldn’t handle facing discrimination from gay people at the same time they were doing chemo. What would have been more appropriate for those bisexuals? An all gender group for bi people fighting cancer, one where support for their sexual orientation isn’t something they also have fight for.”

Both women agreed that there need to be more studies and projects that illuminate the experiences of bi people so that the LGBT community — and everybody else — can educate themselves. The enemy is invisibility. “What would make the absolute biggest difference?” Cheltenham asked. “An overwhelming increase in bisexual funding related to ending health, safety and social disparities. “